2021 Ford Mustang Mach-E First Edition is sold out in U.S. 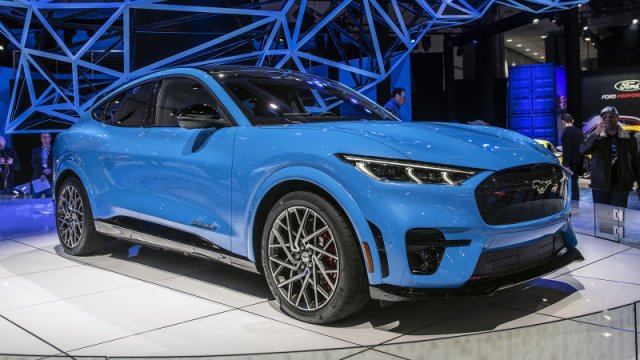 Motorists in the market for a Ford Mustang Mach-E are down to four variants. The First Edition model positioned near the top of the trim hierarchy is sold out on the American market.

Ford opened Mach-E reservations shortly after unveiling the model on Nov. 17, and America's entire allocation of First Edition models was spoken for in nine days. Sold out is a little bit of a vague term, because the firm hasn't revealed how many units of the First Edition it plans to make or how long it will be in production. What's certain is that, as its name implies, it's the trim level that the company will build and deliver first. Motorists who reserved another variant will need to wait.

Priced at $59,900 before destination, the First Edition model comes with dual-motor all-wheel drive, 333 horsepower, and up to 270 miles of range. It stands out from the other variants with model-specific scuff plates, brushed aluminum pedal caps, red brake calipers, and contrast stitching.

With the First Edition out of the picture, the Mustang Mach-E lineup consists of four trim levels named Select, Premium, California Route 1, and GT. Pricing ranges from $43,895 for the entry-level Select to $60,500 for the flagship GT before incentives and destination. Deliveries of the First Edition will begin in late 2020, and the GT will be available in the spring of 2021.

First-in-liners in other countries still have time to secure one of the First Edition models. The trim level remains available in France, in the United Kingdom, and in Germany, among other countries. All told, Ford hopes to build 50,000 units of the Mach-E during the model's first full production year.
You must log in or register to reply here.
Share: Facebook Twitter Google+ Reddit Pinterest Tumblr WhatsApp Email Link